Since 1 October of this year, Edwin has been working as Finance Director at Faes. He succeeds Miranda Hopstaken. Thanks to his national and international work experience, but also working for family businesses, Edwin is a welcome addition to the team and the MT. Edwin introduces himself in this article.

In 1998, I started working at Witlox Advies in Rosmalen as an assistant accountant. At the same time, I started studying to become a Chartered Accountant. After two years at Witlox, I switched to KPMG because I was looking for a more international client portfolio and more advice-related assignments. At KPMG I had a very diverse portfolio including trade, manufacturing and services. Large companies, but also family businesses like Swinkels Family Brewers and VP Capital. Because of the international activities, I travelled to America, Switzerland, Dubai, England and Russia. This has given me a lot of multicultural experience; it is great to see the differences in business management, but most of all it is very educational. During my time at KPMG, I obtained my Chartered Accountant title and progressed to senior manager.

After 17 years, I made the switch to PACCAR Financial, the leasing and finance captive of DAF Trucks. As Controller Reporting, I was responsible for internal and external reporting, budgeting and forecasting and internal control. After four years I switched to business controlling as Area Controller. There, I was responsible for the Netherlands, Poland, Spain, Portugal and the cross-border leasing entity. Naturally, this also involved frequent travelling, which has given me a lot of nice work experience thanks to the diversity of the position. The dealer finance and treasury entity was also my responsibility.

As Finance Director, it is of course important that you have a good match with the Director Major Shareholder.

The first interview at Faes absolutely drew my attention. I sat around the table with Johan (Faes, ed.) and Edwin van der Linden, HR manager. It was immediately clear what the ambition level of Faes is, but also the potential of the company was very clear. That feeling was only confirmed during the second interview; Faes really came across as a very professional organisation. Because I have worked with and for large organisations myself, the dot on the horizon and the challenges ahead became clear from those talks. Later, I spoke with the other MT members, from which a good connection emerged, that we can face the future together in a decisive manner. There is the right diversity in the group with different characters that complement each other well. We are truly complementary to each other. And the fact that I have a good connection with the DMS is, of course, very important in my role.

Confident about the future

I switched from an international focus to a more local one and that is because of the challenge that lies in this company. The ambitions that are there, the growth potential that exists and the team with which we are going to realise that. What I like about it is that we have those goals, but it is also important that there is a shift in the culture of the company, and I see that going well together. In my role, I work daily on the strategy, vision and ambition of Faes and give substance to this with the team. I am really looking forward to everything that is to come at Faes and I am sure that thanks to my broad financial experience I can make a good contribution to achieving the set ambitions. 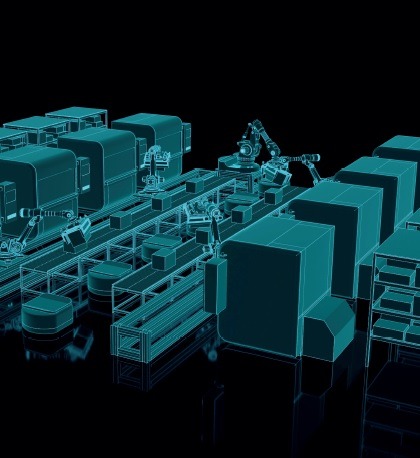